​Eleanor has actively been teaching for over 30 years and in 1995 became owner and Artistic Director of Aspects of Dance in Burlington, Ontario. Most of the students at Aspects of Dance, train in Highland, Ballet, Tap, Jazz, Lyrical, Musical Theatre and Acrobatics. Many of the competitive highland dancers have travelled throughout Canada, United States and Scotland winning many awards and Championships, some of her students have gone onto professional careers with the National Ballet School of Canada, the San Francisco Ballet, Disney and Carnival Cruise Lines.
Eleanor is a member of the World-Wide Judges Panel for the Scottish Official Board of Highland Dancing (S.O.B.H.D.) she is also a Fellow, Life Member and Examiner with the British Association Teachers of Dance (B.A.T.D.) Eleanor has travelled throughout Canada, United States, Australia and Scotland, adjudicating and conducting Highland and Choreography Workshops. 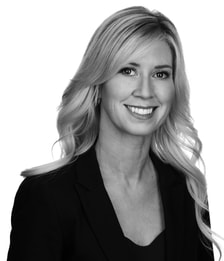 Sarah Galoni
Sarah is an accomplished choreographer, performer and instructor and her students have been awarded countless accolades at national and international competitions.  She has over 15 years of experience teaching dance and holds her teaching certification through DMA.

Following her many years as an award-winning competitive dancer, Sarah continued her studies at York University receiving an Honours Bachelor of Fine Arts in Dance.  While attending York, she was a member of both the cheerleading team as well as Captain of the York Dance Team.  Sarah has been invited to perform with the Canadian Ballet Youth Ensemble, Budweiser’s “Out of the Blue Dance Crew” and has appeared in music videos as well as performed at various award shows.  Sarah is a former member of the Toronto Raptors Dance Pak where she enjoyed countless performances and appearances for 3 seasons.​ 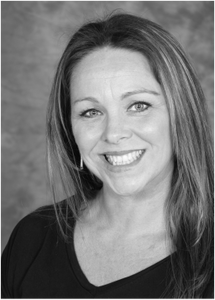 Lou is originally from Manchester in the UK, trained in B.A.T.D. Ballet, Acro, Tap, Modern, Jazz (and Disco :) from age 2 at the Pearl Yarwood/Falshaw School of Dance. She completed her Associates and graduated at the Arden School of Theatre in Performing Arts- Drama with Distinction. At 18 Lou took her first professional job in Lanzarote, Canary Islands, where she fell in love with the concept of getting paid to do what she loves- perform and travel. From there she never looked back, enjoying an eclectic, commercial career of opportunities; as Illusionist Assisstant & Contortionist, Chorus for several Musicals, Show girl (yes even at 5ft nothing) in the Portugal Casinos; before heading out to sea as a Singer/Dancer for Orient Lines Cruises. Dancing for many Cruise Lines, some small, intimate and some big corporations, but always with amazing choreographers. As a featured dancer Lou enjoyed Adage partnerships, Aerial hoop and Bungee rope routines. Subsequently she promoted to Line Captain/Dance Captain and eventually teaching for Princess Cruises head office.

After 15 years of the nomadic dancers lifestyle, Lou and her Canadian hubby chose to settle down, testing the waters in Australia and England before making Burlington their happy home.

Dance is as natural a part of Lou's life as walking and breathing and she hopes to use her experience and passion to bring the joy of dance to your children. 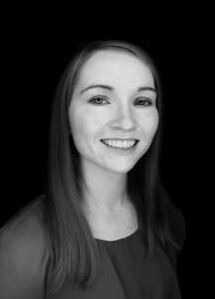 Kimberleigh has been an Associate of the B.A.T.D Highland since 2006. She started dancing at the age of 3 in Scotland and continued her love for dance at the age of 5 where she became a member of the Aspects of Dance family. As a dancer, Kimberleigh competed all over the world but her biggest accomplishment was receiving a 2nd place at the Cowal Highland Gathering World Championship. Kimberleigh also travelled to the Ukraine as part of a Ballet performance company where she performed for royalties of the Ukraine. In 2012, Kimberleigh graduated from Laurentian University with a Bachelor of Arts Honours in English Literature and a minor in Dramatic Arts. While completing her 5 year degree, Kimberleigh taught Highland Dancing for the Laurentain University Pipe Band, Sudbury Police Pipe Band, and the Sudbury and District Police Pipe Band.

Bringing the young creativity into her classes is a priority as each child can express themselves as an individual while sharing their new skills in a group. Kimberleigh loves teaching the younger dancers as they enjoy their freedom of movement, the structure of the class, but also the experience of learning simple movements that they will need in many activities throughout their childhood and to help them grow as dancers. 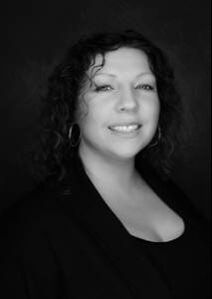 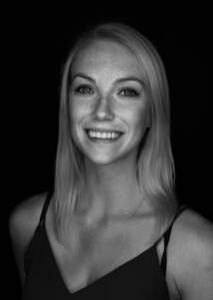 Tina has been dedicated to physical wellness and activity for most of her life. She enrolled in her first dance class at the young age of 3, right away it was clear to everyone that she loved to perform. Tina’s love for the arts grew stronger as she sought training in various styles of dance including Ballet (Cecchetti & R.A.D), Pointe, Contemporary, Lyrical, Jazz, Tap, and Hip Hop.

Over the years she pursued her passion by furthering her dance education through lessons as well as workshops and later began to teach. For the past 8 years Tina has taught children of all ages (3- Adulthood) in recreational as well as competitive levels.

Tina’s hard work and passion awarded her distinction in Royal Academy of Dance examinations and the opportunity to dance for the highly revered BSD competitive program. Since then, her passion for the arts has continued to flourish as she focused on her artistry and sought out chances to choreograph and perform award wining numbers for various studios and teams. With a diverse background in classical dance, years of cheerleading experience, a love of yoga, and a past of acting in commercials, movies, and TV shows she brings a new flare to traditional styles.
​
Tina is very excited to join the ‘Aspects of Dance’ team as she continues to share her love for the art of dance. 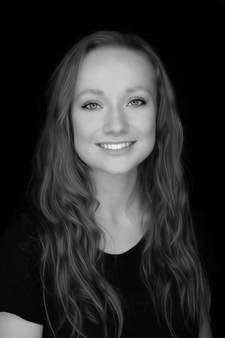 Fiona started dancing at Aspects of Dance when she was 5 years old. She has trained in Highland, Ballet, Jazz, Tap and Musical Theatre but in recent years has chosen to focus on Highland. Fiona is an Associate with the B.A.T.D in Highland. In September of 2018 she will begin studying kinesiology at McMaster University.
Some of Fiona’s favourite dancing memories include dancing for the Queen of England at the Braemar Royal Gathering in 2012 and 2017 and performing at the closing ceremonies of the PanAm Games in 2015. Fiona has qualified to represent Ontario at the Canadian Championships of Highland Dance 7 times, finishing in the top six in Canada every time. This past year, Fiona achieved some of her longtime goals by placing 4th at the 2017 Junior World Championships of Highland Dance and she became the 2018 Ontario Champion in Highland Dance. She looks forward to sharing her love of Highland with her students this year. 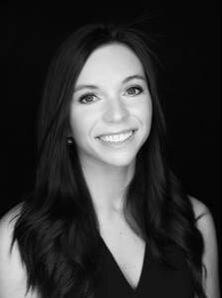 Emilie Wilson
​
Emilie began her dance career at age 7. She danced recreationally and competitively for 12 years at Aspects of Dance in a variety of styles including: Ballet, Jazz, Tap, Hip-Hop, Contemporary and Musical Theatre. When competing with her Musical Theatre groups, solos and duets, Emilie took home numerous scholarships, overall marks and special awards including the “Broadway Bound” award. At age 10 she enrolled in “Student Theatre” where she received extensive dance, vocal and acting training. Emilie played various roles in musicals such as: Annie, Little Shop of Horrors, Fame, Les Miserables…to name just a few. She has also volunteered at Drury Lane Theatre in Burlington for 11 years. Needless to say, she has spent more time in a theatre than outside of one over the years. Known for always having a smile, Emilie is looking forward to teaching Musical Theatre and hopes to show her students that with hard work and passion you can accomplish anything you set your mind to! 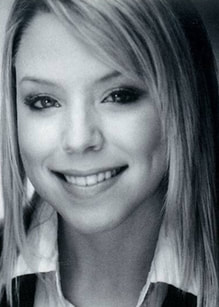 Lyndsay is an Associate of the B.A.T.D. Highland and National and has extensive training in theatre and performance. She has been a part of the Aspects of Dance family since the age of 12, and has been teaching competitive Musical Theatre since 2005. Lyndsay’s fun, engaging and interactive classes have become a favourite at the studio. Her creative dances and productions have won numerous awards, scholarships and overall marks at competitions. In 2010, Lyndsay received the Top Musical Theatre Choreographer Award in Niagara Falls, Ontario.

As a dancer, some of Lyndsay’s favourite memories include winning the Highland Dancing Pre-Championship in Edinburgh, Scotland, performing for Prince Albert of Monaco and dancing on CBS’s “Mr. Dressup.” Lyndsay has a Bachelor of Journalism degree from Ryerson University and has worked as a TV host and reporter in news, sports and entertainment. Currently, Lyndsay is a broadcaster at CTV News.

Lyndsay is looking forward to another fun and rewarding year with her talented students! 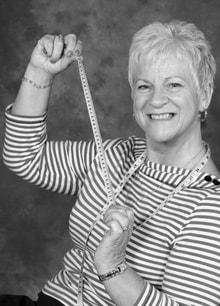 Helen was born in Scotland and has been sewing most of her life. She has been making dance costumes for 20 years for dance studios and local theatre. She has had the honour of being the principal seamstress for Aspects of Dance for 10 years, and it is a delight to watch the recital each year. A highlight of Helen's sewing career was to make the dance costumes for Ann of Green Gables and to accompany them, and her daughter, to Japan where they performed in Burlington's twin city Itabashi.